Q: I'm using Labview and sometimes have problems, like computer crashes and BSOD, what's going on?

R: Please use the VISA driver in Labview in Synchronous mode only. 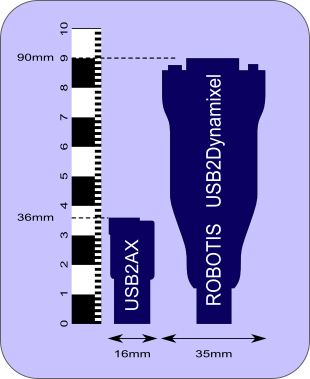 R: WARNING : The following answer is about the old Dynamixel SDK v1. Newer revisions have different implementations that make it easier to use the USB2AX (just open the serial port) for regular packets, but also do not work with the USB2AX SYNC_READ advanced command (which is NOT the same as the newer, official SYNC_READ command in Dynamixel Protocol v2.0). The following answer is left here for historical reasons.

The Dynamixel SDK provided by Robotis is a software library that makes it easy to control Dynamixel servos from a C++ application. A modified version adding support for sync_read and sync_write is available in the GitHub Repository. While the Windows version should work out of the box, the Linux version does not.

.
If you spot anything missing, this is an error and I'd like to correct it ASAP! Please send an email to admin {at} xevelabs.com to let us know!